Vanderbilt Campus Dining is led by a team of talented and passionate chefs who are dedicated to providing culinary excellence through hand-crafted recipes and high quality service. They are committed to providing value through the best-tasting, most nutritious and diverse menus possible.

Meet the leaders in our kitchens, the faces behind the delicious and diverse recipes we serve and the ones committed to creating memorable experiences shared around the dining table. 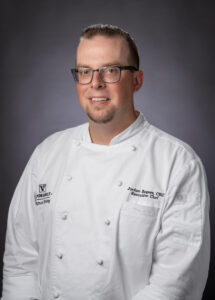 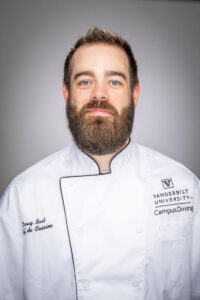 Born and raised in Olympia, WA, Douglas Best discovered his passion for culinary arts while serving in the military, finding that food brought people together and was a great way to de-stress.

Following the military, he enrolled in the culinary program at The Art Institute in Nashville, TN. After graduation, he honed his skills working in fast-paced gastropub kitchens. Looking for a new challenge, he found himself an opportunity in higher education dining at Vanderbilt. Having worked in multiple capacities across Campus Dining, he now leads the culinary team at Kissam Kitchen, a gluten-free kitchen home to the campus allergen program that provides safe meals to students with potentially life-threatening food allergies. 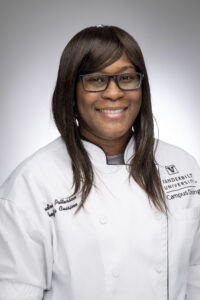 Audrey L. Patterson discovered her love and passion for food at an early age awakening a dream to become a chef. Born and raised in Jacksonville, FL, Audrey relocated to North Carolina in 2009 and then attended The Art Institute in Durham, NC. It wasn’t until 2014 when she received degree in Culinary Arts that her dream would come to life.

Audrey began working in the culinary industry while attending college and has spent the last 11 years learning from talented chefs in various outlets of the culinary world. She has done banqueting at Durham Convention Center, food trucks, and fine dining at Weathervane at Southern Season.

Audrey’s experience combined with her adventurous attitude towards food helps her design unique menus with signature dishes.  She is a proponent of farm-to-table innovations utilizing fresh ingredients to create a distinctive dining experience. 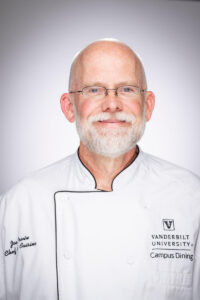 After getting a degree in literature and philosophy, Chef Joe Irwin decided that food was more important than art and began a long, slow rise through the hospitality industry.

Since returning to Nashville, Joe has been Executive Chef at several independent restaurants and hotels before joining the culinary leadership team at the Vanderbilt.  During his 35+ years in food he has won several awards including the Nashville area US Foods Iron Chef competition. When he is not feeding his amazing athletes at Vanderbilt, he enjoys spending time with his incredible wife and two spectacular boys. 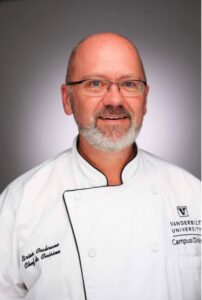 Brian is a native of Middle Tennessee who lives in Franklin. He started his career of professional cooking on Martha’s Vineyard, MA during the Summers of his university years.

After a decade in non-profit work, he returned to the culinary world in 2002. Brian formalized his culinary education as an apprentice under a classically trained French chef. After years of fine dining restaurant and private club positions, he entered the arena of dining service for education. 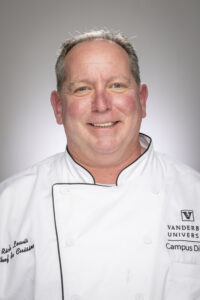 Rick Lewis was born and raised in California. After graduating High School, he moved to Cincinnati, Ohio for four years. He then made it back to California and graduated California Culinary Academy in 1994. He has over 26 years of experience in the corporate and education culinary industry.

Rick loves racing Hawaiian outrigger canoes, playing guitar and golf. He loves to listen to all types of music, but he is partial to the Beastie Boys, Safetysuit, Kenny Chesney and all types of Reggae.

He looks forward to living in Nashville for many years to come! 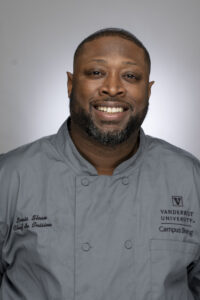 Louis Sloan III joined our Vanderbilt Culinary Team in early 2022, after four years working at Wake Forest University, managing The Pit. Louis has over 10 years of culinary experience and has always had a deep passion for cooking and creating delicious cuisine.

When Louis is not managing our Commissary Kitchen, he enjoys hiking in the mountains with his fiancee and spending time with his three daughters, Malayah, Ariel, and Pandora.

He looks forward to being a part of the Vanderbilt family!